A downloadable game for Windows and macOS

Sweet as Magic is Crystal Compass' third LGBT visual novel. The current version available is a beta demo and is on hiatus. Updates regarding the development will be posted accordingly.

Feedback would be highly appreciated and linked below is the survey that you can fill out upon completing the game. Thank you for showing interest and playing our game!

Ryuu belongs to a rare class of mixed breeds, his father being a warlock and his mother being a dragon. All he wishes for is to live his life out peacefully as a humble cafe owner, but his restaurant is struggling with bills due to its lack in popularity.

He needs to work fast in order to keep his dream job afloat, and his golden opportunity seems to appear out of nowhere in the form of four, unique men that stumble into his life. However, he'll find himself in a situation where he's never been before—falling in love was never part of his life-long plan, but fate says otherwise. 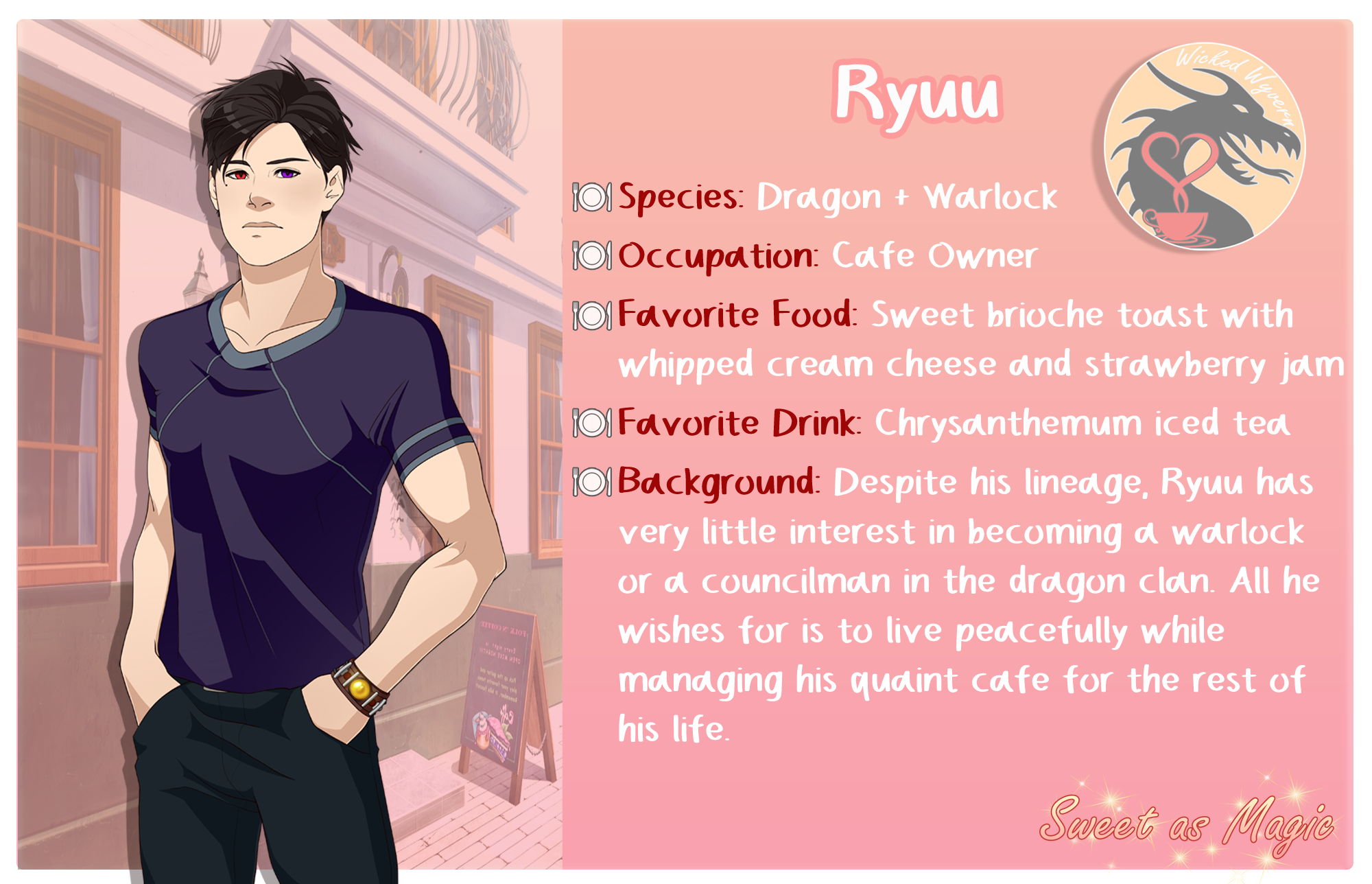 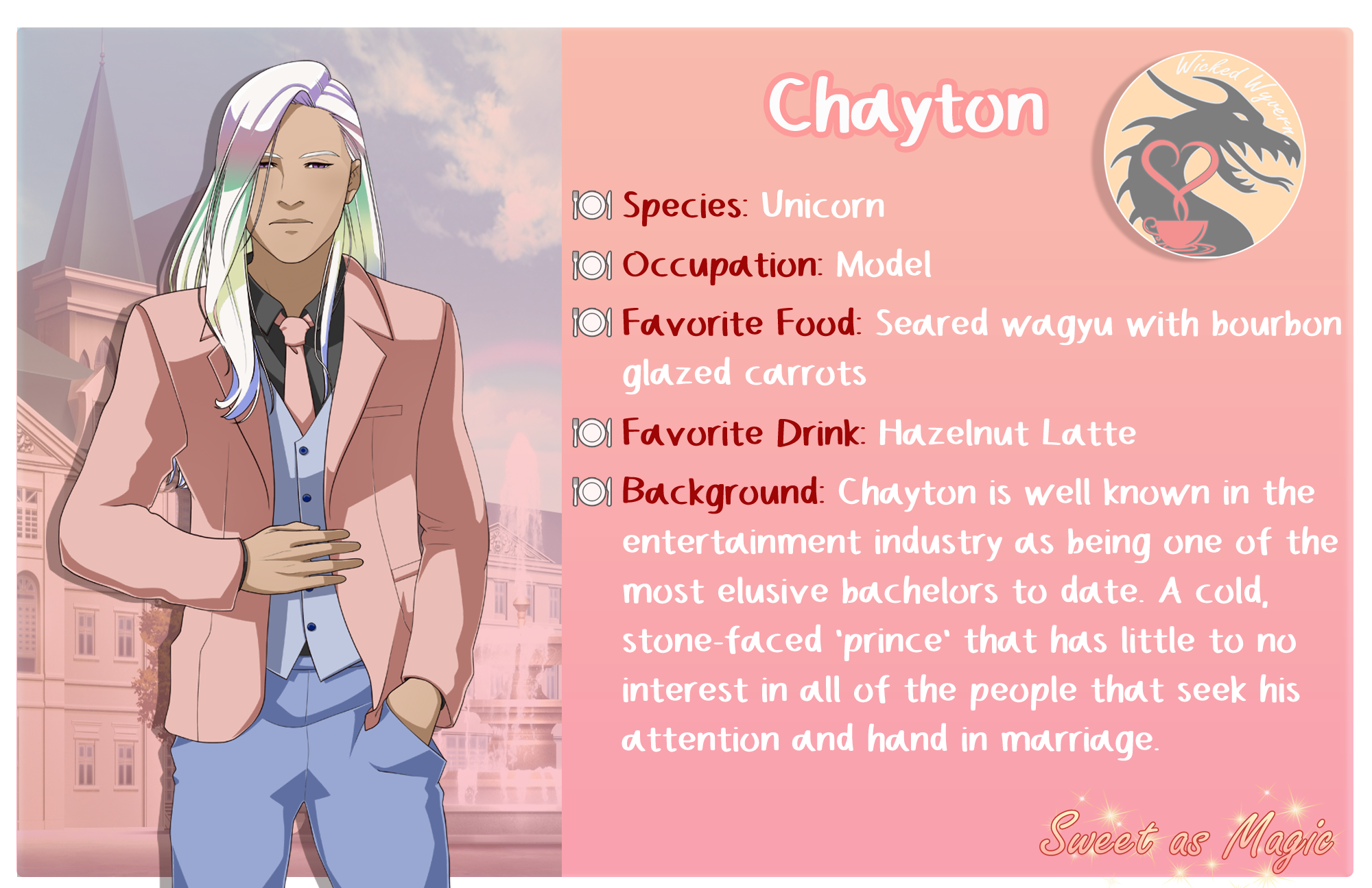 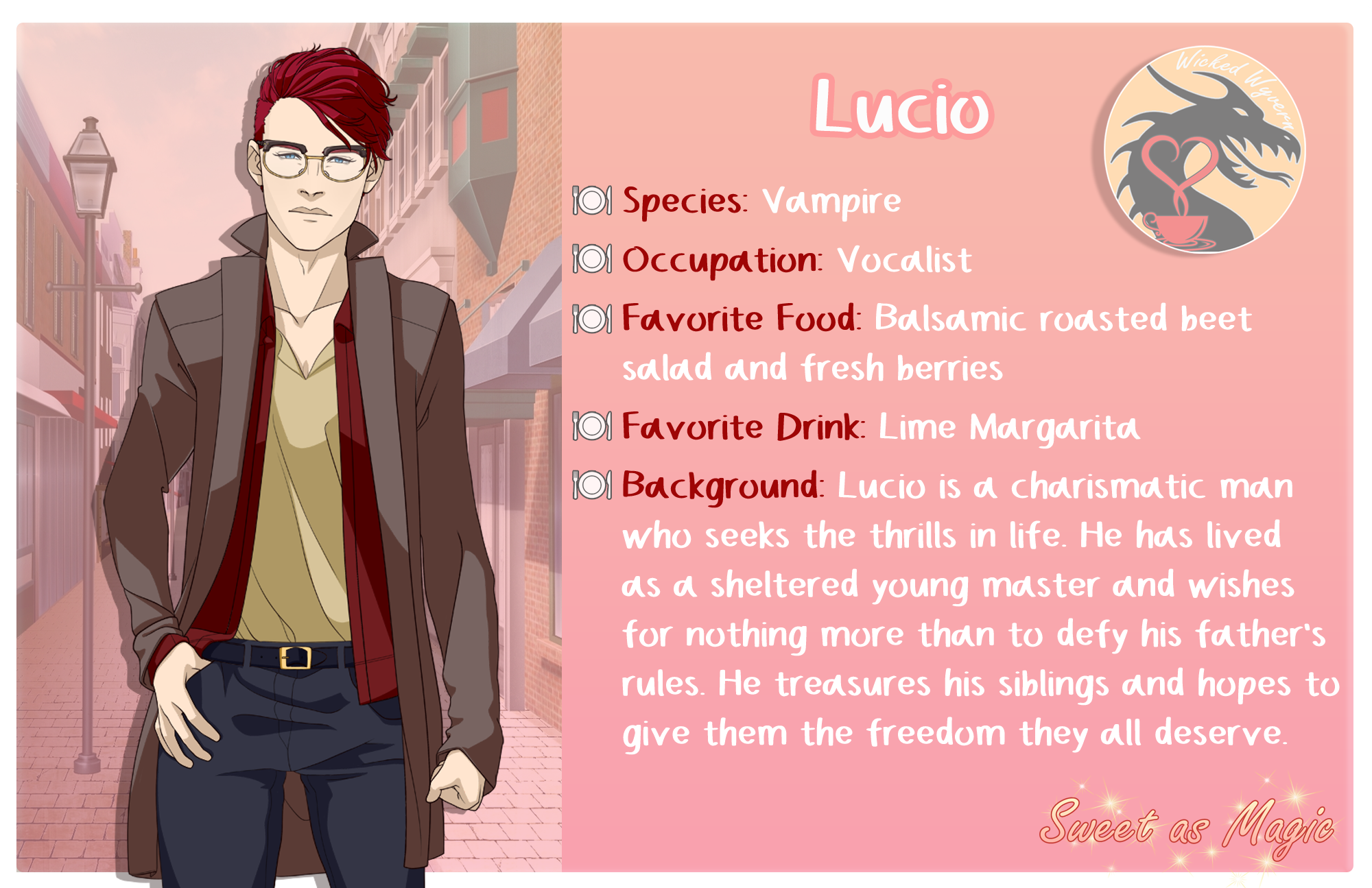 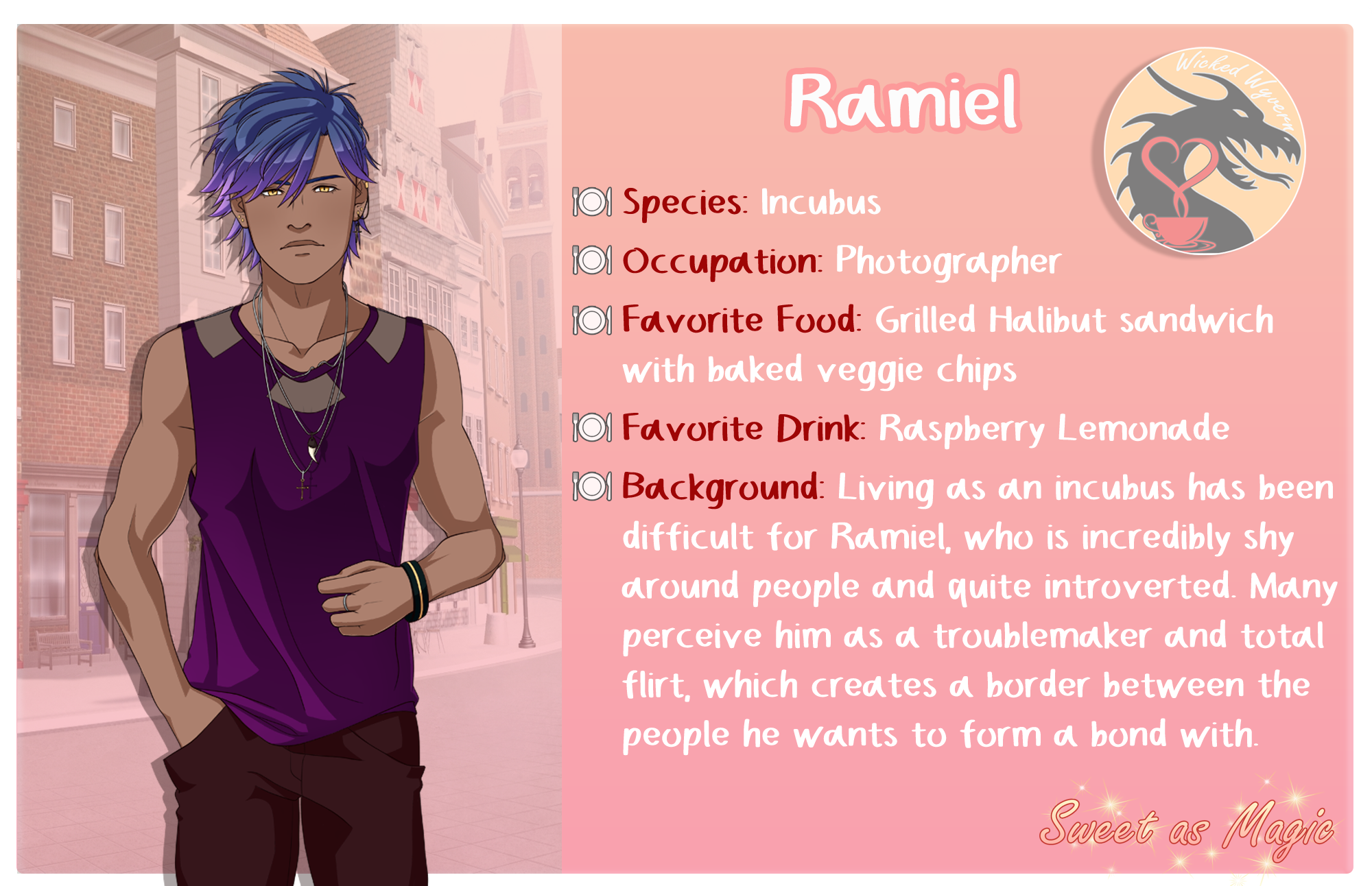 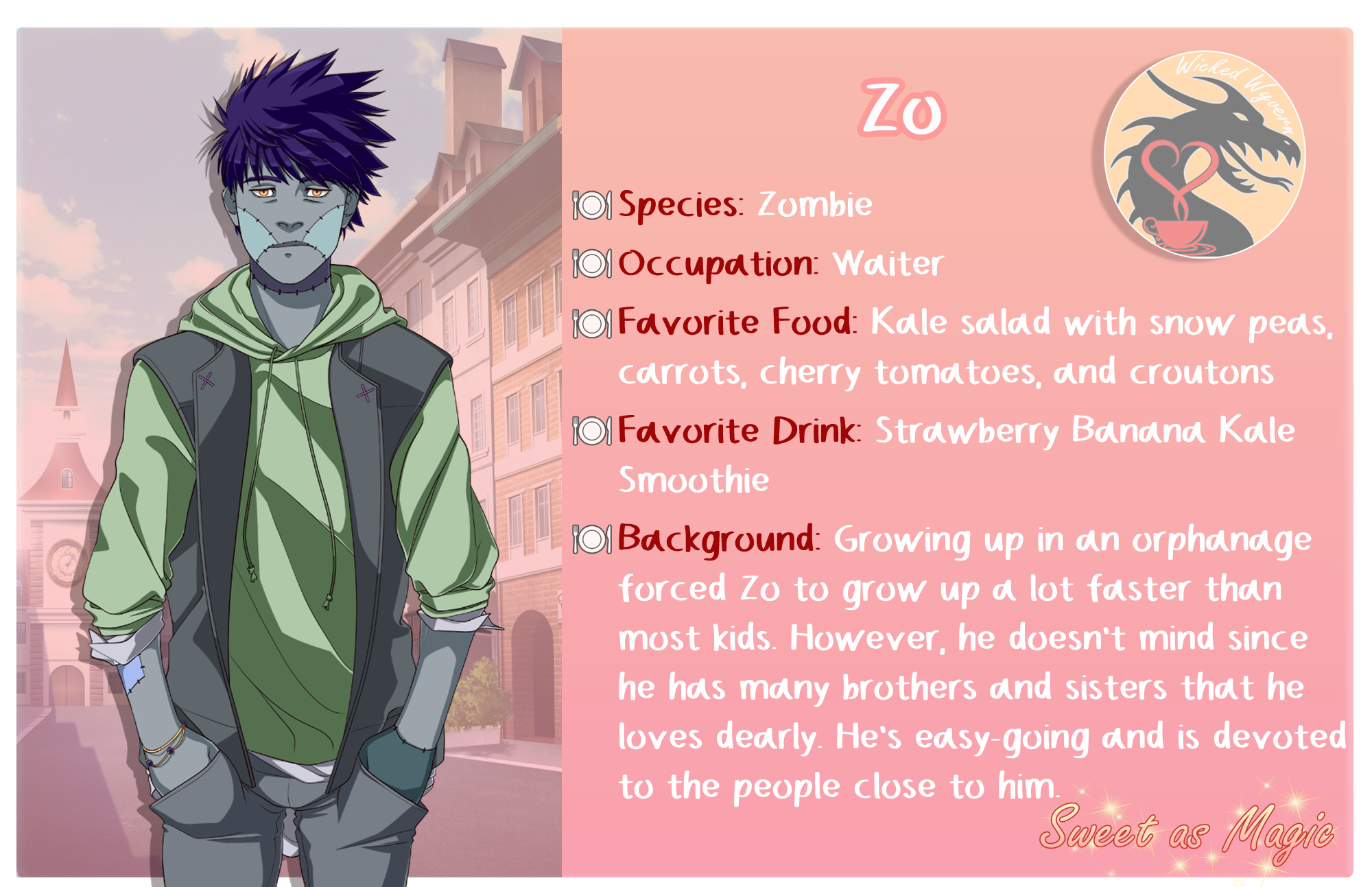 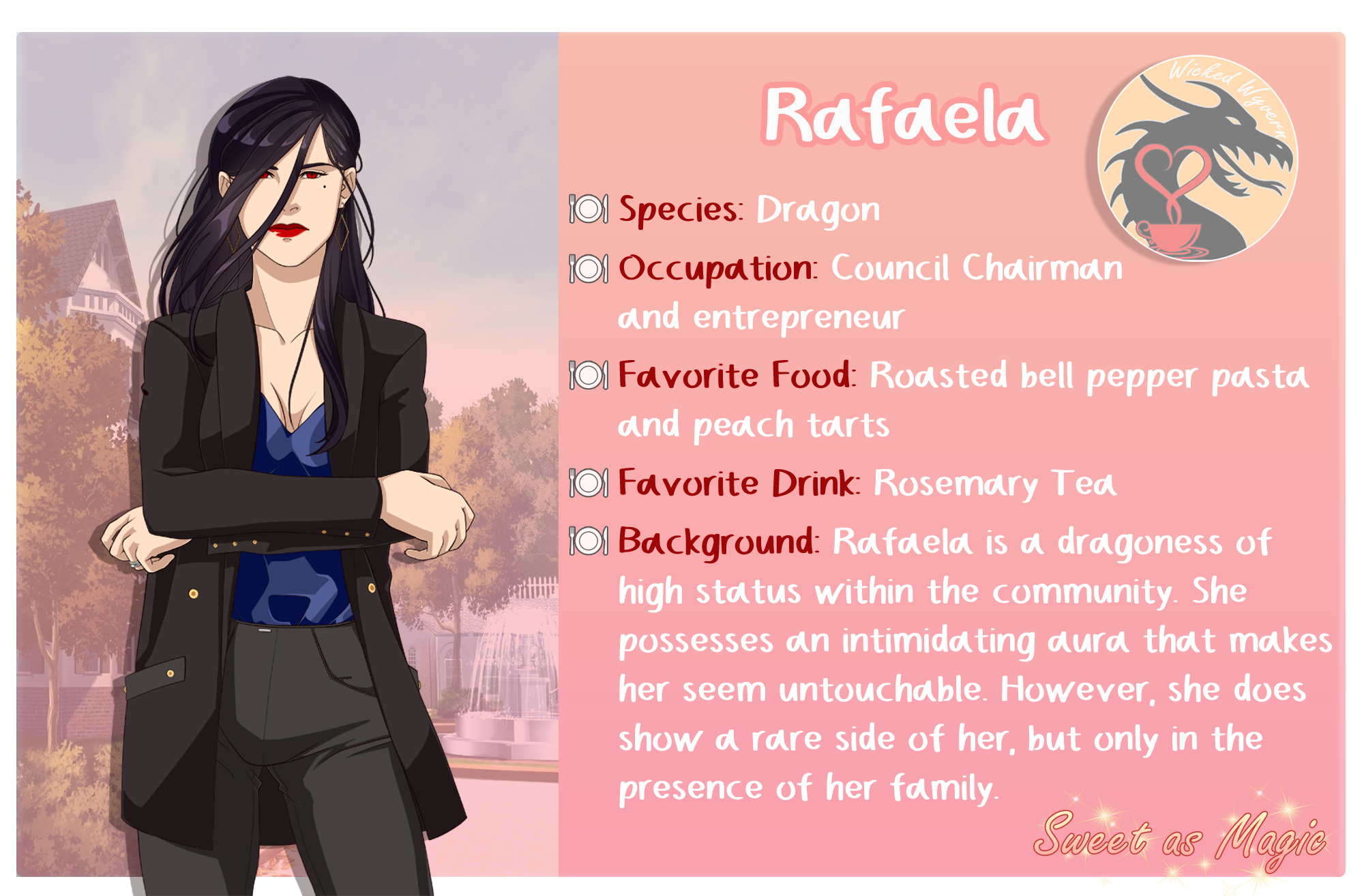 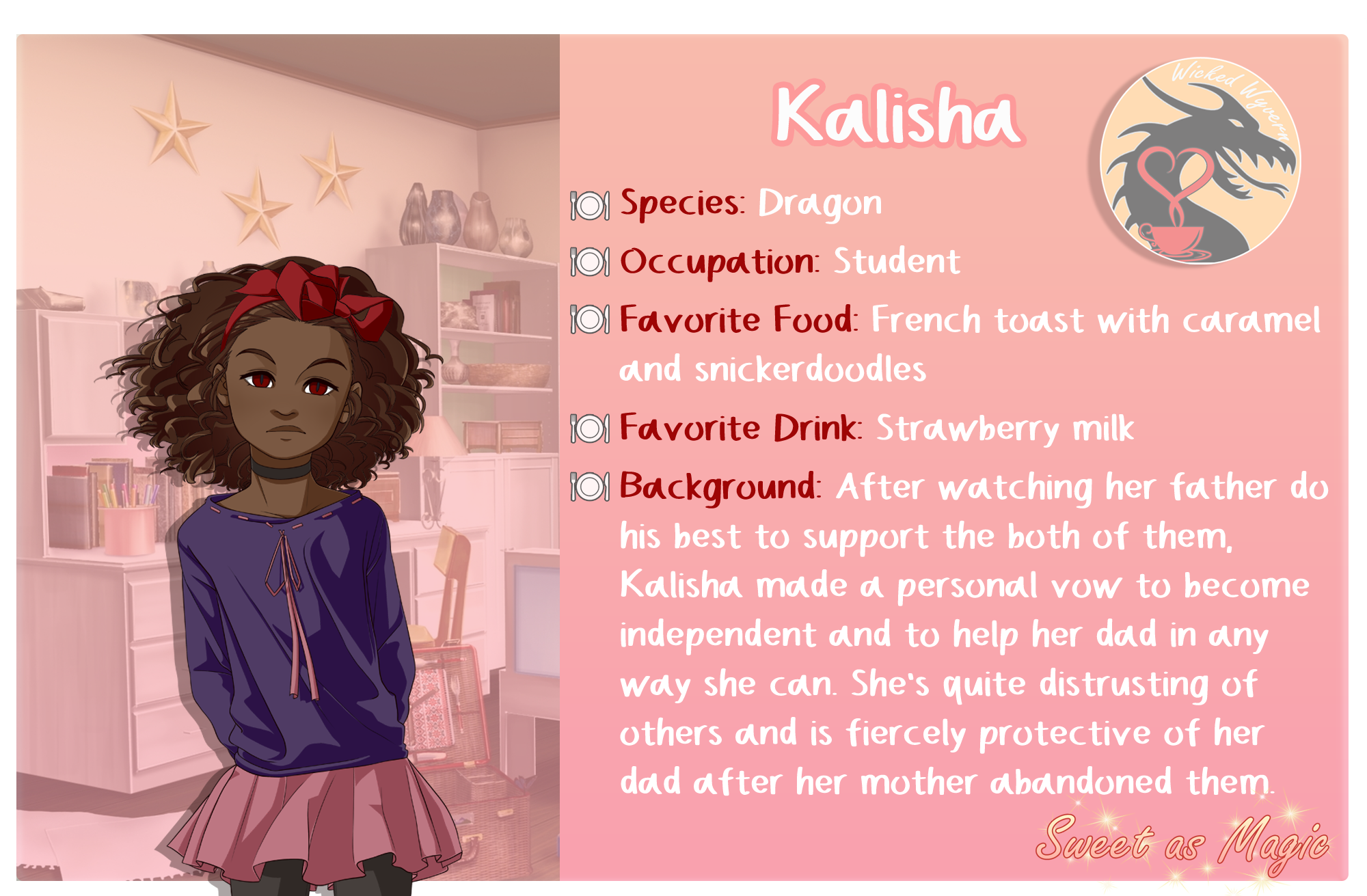 Ryuu's restaurant, which serves as a quaint cafe during the day and a bar at night.

Lucio's family estate where he lives with his father, mother, and five siblings.

One of the largest public parks in Rozalia City, known for its beautiful arched bridges and crystal-clear streams.

A massive plaza and shopping area that is constantly bustling with life.

So, has this game been abandoned? I really liked the demo and would love to play the finished product.

I know we are supposed to romance other characters as Ryuu, but I actually ended with a crush on him, my boy is so cool and handsome ♡(ӦｖӦ｡)

Say, is this still on going? Or is it cancelled?

I'm super excited for the full release! Do you have any plans on making a kickstarter for this in the future? It'd be nice to support development, but I understand if you don't want to!

Has this game been abandoned in a few days it'll be a whole year since this was updated... It's worrying...

Hi! We're unable to devote our full attention to development due to the current impact of COVID-19 on our lives and other obligations. We hope to release a full update on our status within the next few weeks. We greatly appreciate the concern and thank you for your patience.

Hi! I'm absolutely obsessed with this game and was wondering if there is an estimated release date? also if it will be on any other platforms such as steam? <3

Hi! Unfortunately, we don't have an estimated release date. If/when we do end up releasing a full game, it will likely be on multiple platforms, Steam included!

The demo presented such an intriguing story and an utterly charming main cast. I will follow this project with great interest!

OMG I’m so sad, cuz I can’t flirt with Zo. I adore him, his sense of humor and design… BTW I’m looking forward to the full game!

I was wondering if the full version was going to be free?

Hello! We were initially planning on it being a paid game.

Thank you so much for the kind words! We're glad you enjoyed the game!

Really enjoyed playing this, Their are some improvements that can be made with sentence structure but, otherwise everything is great so far.

While I do like romantic stories, I'd like to know how sexual this game gets? You say its T, so obviously nothing explicit. Do we at least get scenes with them in undies?

The full game will have no explicit sexual content. But there are some partial nudity and brief moments in some scenes planned!

Huh, got to say, I was taken by surprise. I love the story and writing so far, and I didn't think I'd like any of the bachelors outside of Ramiel...yet they've all peeked my interest after meeting them in the demo. I would love to play the full game and explore each of their routes. =)

I really like Ryuu as a character, and not just cause I'm a helpless sucker for dragon anything. He just comes off as such a nice, but strong character. <3

Thank you very much for the kind words! We are so happy to hear that you enjoyed the story and characters. All of the love interests and Ryuu possess their own unique charm and we're glad to see that you are interested in them!

A wonderful demo. I got really into the story and the characters, wanting for more. I cannot wait for the full version to come out. Great job!

We are so glad to hear that you enjoyed the story and characters! Thank you for your support and for playing the demo!

It's a great demo! I absolutely loved the story, and the characters were amazing. I felt like I could picture all of it in my head. I filled out the survey as well. :P

Thank you for playing the demo and filling out the survey! We're so glad to hear that you enjoyed the story and the characters!

It's a good demo. Good art, interesting story and characters.
I did the whole survey thing too. c:

Thank you for playing the game and filling out the survey! We're so glad to hear that you enjoyed it!

Absolutely incredible demo! :3 That ending was a really great cliffhanger! I really enjoyed that and I'm super stoked about the full game. I really love Lucio :3c

Thank you for the kind words!

Thank you very much! The demo will be released on September 8th!

oh this looks so cute

Thank you! Please look forward to the demo release on September 8th! 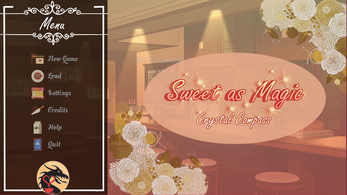 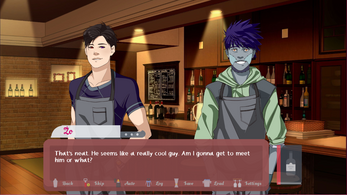 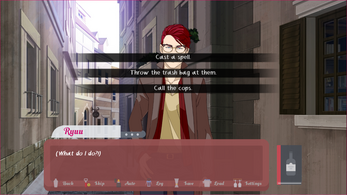 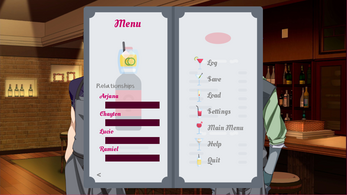